Where is intelligence in the brain? 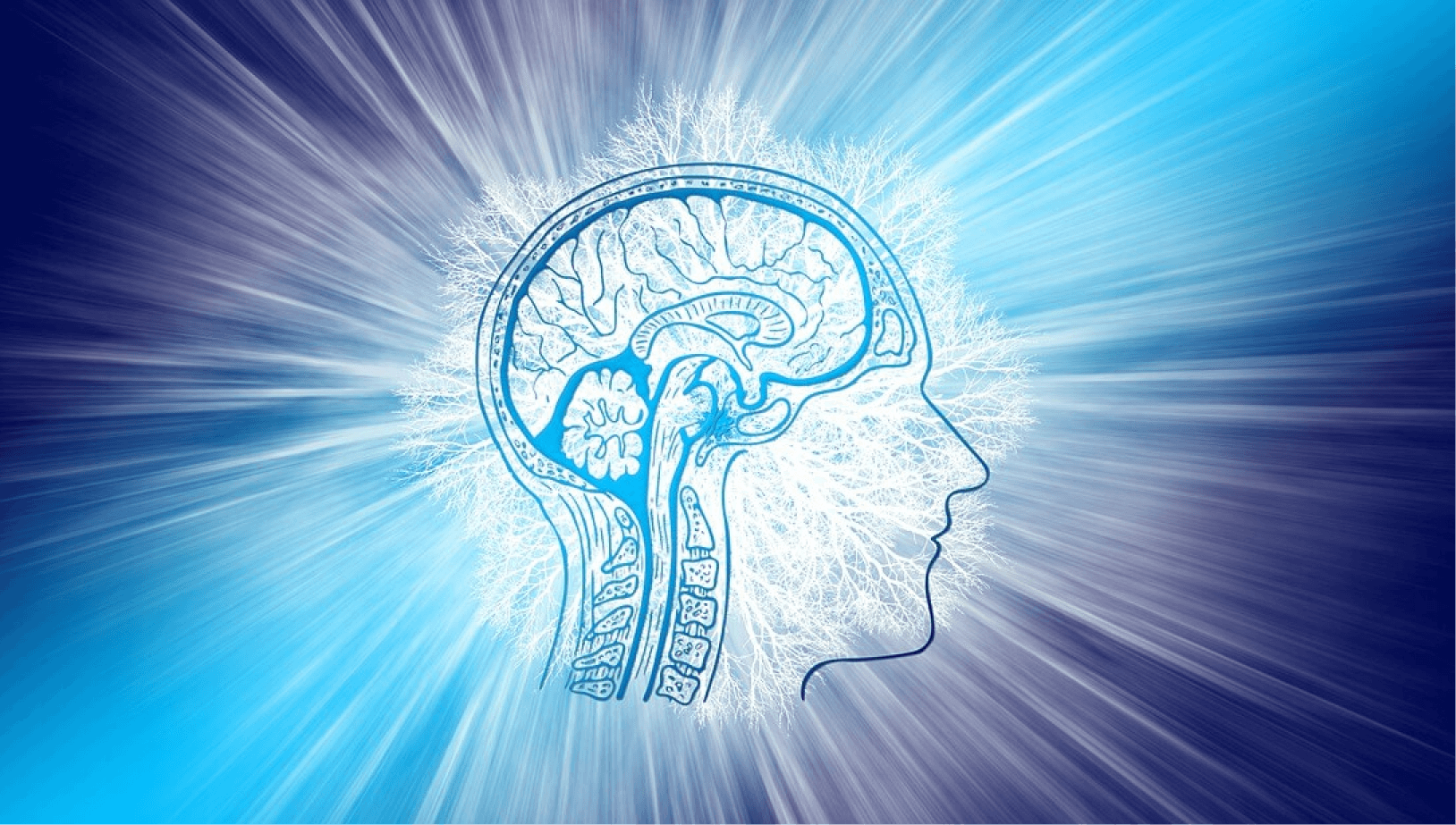 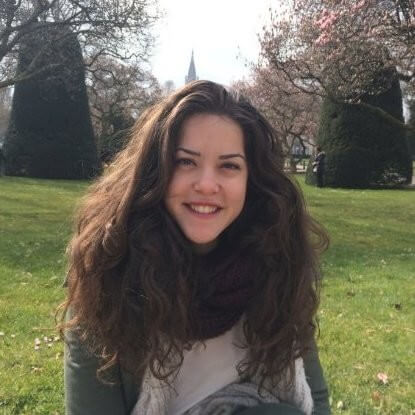 Can we pinpoint where intelligence lies?

Our brain works thanks to the activity of almost 100 billion neurons that process and pass information in the form of electrical signals. Such currents determine our capacity for experiencing and thinking –what we generally call intelligence. A major question in neuroscience has been whether we could find the precise location of our intellect, much like pin the tail on the donkey kind of game. Decades of research focused on observing behavior after damage to specific brain spots. From all regions, the cerebral cortex –the most evolved structure– has received special attention. As we can see in the following figure the cortex is the outermost layer of the cerebrum and has been traditionally divided into four regions: frontal, parietal, temporal, and occipital lobes.

Of course, since poking human brains seemed a little bit unethical, psychologists had to wait and search for particular kinds of injuries. In 1848, railway worker Phineas Gage was building a tunnel for trains to pass by. As he was packing gunpowder with an iron bar, an accidental explosion ejected the rod upwards into his left eye and through his skull. Miraculously, the guy survived, blinded in one eye and with significant damage to his frontal lobe. Besides personality changes, Gage exhibited difficulties in basic intelligence functions such as planning and problem solving. Those same deficits had since then been observed in other “frontal lobe patients”. Convinced of having found the Holy Grail, scholars hypothesized that this region was the seat of human intelligence. But is it really that simple?

Although these studies were fundamental for establishing the basis of neuroscience, as new techniques developed it became possible to monitor healthy human brains in vivo. Such advances completely revolutionized the field, as they started to show the importance of multiple areas.

A trip around the brain

Neuroimaging techniques allow us to see the living brain while a person is performing tasks, remembering, or listening to music. While it is still not clear where intelligence lies, scans show that there is not just one region in charge of IQ. Instead, communication among specific structures is what gives us the ability to acquire and apply knowledge. We can visualize this network as tourist stops connected by roads. Depending on the type of interests we have, we would visit specific spots in a city. In the same manner, different types of intelligence may reside in distinct areas. So let’s discover the surroundings!

Meine Damen und Herren, mes dames et messieurs, ladies and gentlemen welcome to this free tour. Today, we will discover the wonders and secrets of the brain. Our special path is focused on intelligence. We all have a rough idea of what intellect is, but is it located in a specific place? If so, where exactly? Join me as we explore this exciting route through the brains of three people to help us understand this question.

Behind curtain number one is the analytical and logical mind of Dr. House. His so-called general intelligence includes the ability to put puzzles together, solve difficult problems, and have a wide understanding of different topics. When a new patient comes in, House listens to his team describing the symptoms and writes them on the whiteboard.

The image shows this auditory and visual information being incorporated through his senses until reaching our first stops, the brain region behind the ear (green) and the one on the back of our head (orange). Those are the so-called temporal and occipital lobes, two neighborhoods full of vigilant neurons; security guards and police officers that detect and process what is going on in our surroundings.

All these data are then transferred to the top rear of the head, the parietal cortex (magenta). Here, the chief inspectors integrate all the information and form a representation of what is happening. House understands the situation and all the medical jargon. This area, in turn, informs our favorite place: the prefrontal lobe (in blue). The topmost part of this region is an excellent and rich neighborhood where all the big fish live. It is in charge of orchestrating our thoughts and actions. Our medical genius considers various disorders that fit the list of symptoms, discards the less likely options, such as lupus –because let’s face it, it’s never lupus– and comes up with the solution. Eureka!

This scientific way of thinking has a lot in common with another intelligence type usually thought of as the “opposite”, the creative kind. For every role Scarlett Johansson plays, she has to run background research and hypothesize how the character might behave. Then, she experiments as she rehearses and analyzes what to change according to the director’s instructions. This process requires the ability to use knowledge and skills to cope with new situations. After all, it is not the same to play Black Widow than a mother going through a divorce.

Each novel part requires Scarlett’s prefrontal lobe to get activated for analyzing how she is going to approach the character. The orbitofrontal cortex (in dark blue) is of particular importance here as it converges sensory and emotional information, a key point in social interactions. These neurons act as psychologists; they predict the reaction of others and modulate our behavior accordingly. To do so, it is greatly connected with the limbic system (gray), a district full of emotions. It would be the site of Pixar Inside Out characters. An especially relevant part of this system is the hippocampus, the city library where memories are stored. In the creative process, the hippocampus helps to form new ideas by pulling together specific pieces of our experiences. Proper management of this network can even allow a person to win an Oscar!

Last but not least, what happens now if we dive into the brain of a more hands-on kind of intelligence? MacGyver is able to improvise complex devices out of ordinary objects in a matter of minutes. Being able to quickly adapt to sudden events is the main characteristic of executive functions. Take that this secret agent has to rescue a scientist who is trapped under a large steel beam. The moment he sees the scene his mind starts to function fast. The information reaches the rich neighborhood of the prefrontal cortex where the situation is assessed.

In this case, the activation of the ventromedial region (dark blue) is particularly important. This area is vital to make decisions based on the bigger picture. It has communication with other structures, including the amygdala, a district associated with scary contexts. MacGyver controls his fear and does not panic. He knows water can have enormous power and he is looking at a fire hose. The ventromedial region sends instructions to the motor cortex, a community of hard-working crane operators who handle our movements. These neurons allow the agent to tie a knot at the end of the hose, thread it under the beam and turn the water on. The hose inflates, lifting the heavy object. Saved!

As you can imagine, these circuits overlap and are interconnected in every individual. Someone that is more analytical is usually correlated with more efficient prefrontal areas, while in creative or practical people the weights are more distributed throughout the network. The ideal person not only has to have the three types of intelligence but must know when to draw on each one. A balanced equilibrium allows you to perform well in the real world. This is what the psychologist Sternberg called “successful intelligence”. Nobody said it was easy!

Of course, this is not the only theory to explain intelligence differences among people. Besides neuroimaging, other techniques allow scientists to have a read out of the brain. By placing electrodes on the scalp of a person, it is possible to monitor electrical activity among neurons of the cerebral cortex. This method is called electroencephalography or EEG. The recordings obtained, known as brainwaves, are the combined signals of millions of neurons talking to each other. It would be like listening to the roar of applause in a theater; one person’s clapping cannot be discerned, but one can infer how the public is generally reacting to the performance.

In the same manner, instead of locating activity in specific brain neighborhoods, EEG allows us to listen to the general speech neurons emit. Like radio stations, recordings can be distinguished by their frequencies. Different types of oscillations depend, among other factors, on mental states.

Even in a resting state, i.e., “doing nothing”, the brain rhythms of people with greater IQ present slight differences. In intelligent individuals alpha and beta waves are more similar in both hemispheres than in people with medium to low IQ. This means that smart persons maintain balanced attention in both halves of the brain, being more prepared to react to stimuli. If we now challenge their brains and ask them to remember an address while listening to instructions about how to get there, their electrical activity will start to show fast gamma oscillations.

Increased gamma activity helps us to achieve higher concentration levels. It is not surprising, then, that they tend to augment with the task’s difficulty or with the person’s intelligence. These waves are thought to link information from all parts of the brain, proving that the coordination of neuronal clusters is essential for good performance. Moreover, gamma oscillations tend to decrease with age; in agreement with the normal decline in abstract thinking and problem-solving commonly observed as we grow older, effect that we explained in our article about IQ and aging.

To sum up, the simultaneous activation of neuronal clusters produces the synchronization of different brain areas. This communication is translated into specific electric oscillations whose fine choreography is necessary for performing tasks in an efficient way.

Importantly, people with higher intelligence solve complex problems faster and more effortlessly. Information processing speed is reflected by how quickly a brainwave appears after a stimulus. For example, when we hear a musician hit a bad note, there is a specific peak called P300 or “odd ball” signal. On average, it appears about one third of a second after the player's mistake. However, some studies have found that the quicker P300 shows in the EEG, the greater IQ the person has.

In our “free tour approach” how fast the signal travels from one tourist stop to the other depends on the roads that connect them. Ultimately, it is not the same to drive on a secondary path in bad conditions as on a brand-new highway. Likewise, the state of white matter tracts in the brain determines how well communicated two regions are. They are composed of nerve fibers that extend from one brain region to another, transmitting information. Researchers from the University of Edinburgh found that, indeed, white matter integrity is directly linked to information-processing speed and general intelligence‍.

In conclusion, intelligence emerges from the complex interaction of precise brain areas. Their fast communication allows them to combine their functions, which are then translated into electrical currents that control our responses to external problems. We can think of it as a sort of Morse code that ultimately determines our thoughts and actions. Unraveling this alphabet would allow us to read people’s minds like the X-men. Although Dr. Xavier is far from reality, the team of real-life Dr. Adolphs has already trained an algorithm to predict intelligence from neuroimaging scans. Just by looking at the brains of people lounging around, it has been possible to estimate their IQs. So, if you have ever pretended to be a smart ass, watch out! It might be time to back up. 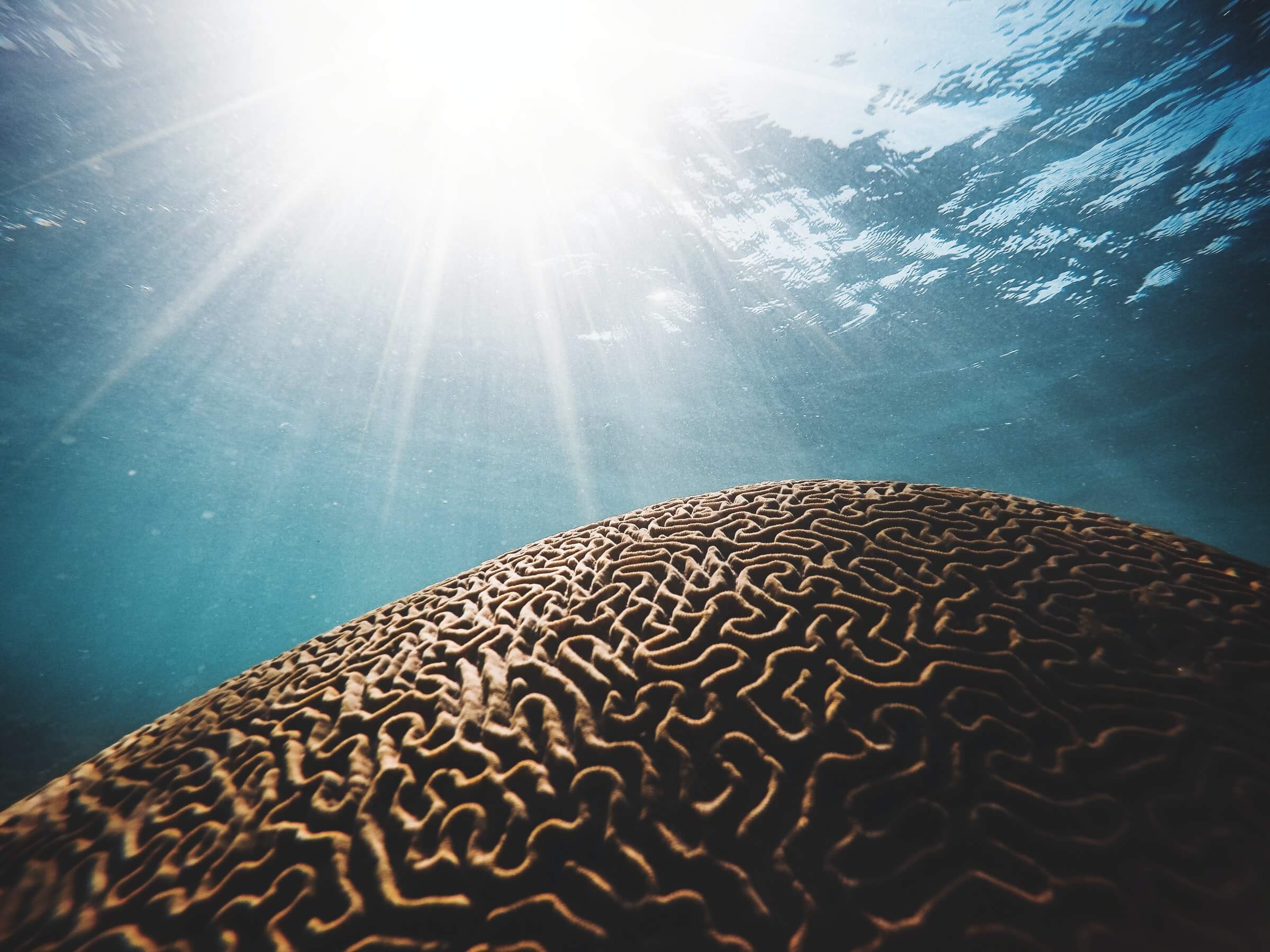 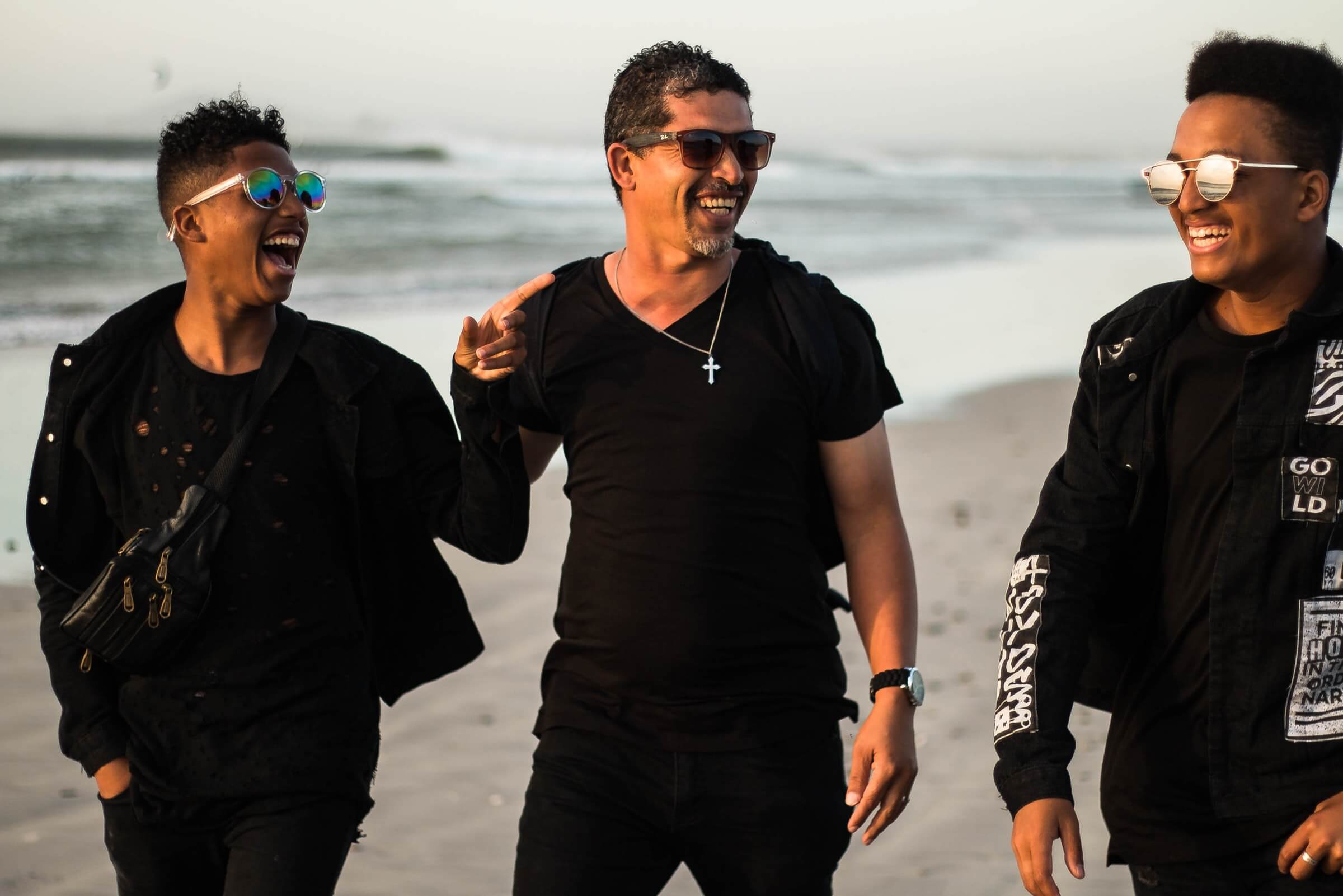